Let's give the Planet a better deal. And our children.

“We do not inherit the land of our ancestors, we borrow it from our children…”
Saint-Exupéry

We would never give our child a drowned polar bear. Or an oil-coated penguin. Or a deformed turtle. And yet, this is the gift being given everyday to the planet. We all leave a legacy to our children: our love, our values… but also our planet. From now on, it is up to us to take care of it — for their well-being, and also for their own children.

In his new series of TV and print ads, Sid Lee features three very cute stuffed animals… except that they’re damaged because of us. “Let’s offer the planet a better deal. And to our children.”
This highlights the importance of action for the environment and for those who inhabit it.


The history of the campaign

On April 9th, 2015, Earth Day launched its long-standing campaign, led by the agency Sid Lee, with his partners and friends. We made 20 copies of each of the campaign’s plush toys, created by the Raplapla boutique workshop. Fourteen of these toys were officially placed on an online auction. The public had until April 22 to participate.

On April 12th, 2016, a plush toy made a remarkable appearance on the Quebec show Tout le monde en parle during which Dany Turcotte tried to save it.

From April 18th to 26th, 2015, the toys were present at the Montreal Biodôme as part of the activity “Yes, we can change the world!” The activity raised awareness of the challenges of marine pollution and showcased the revolutionary ocean-cleaning technique proposed by The Ocean Cleanup, an initiative of a young Dutchman. The Earth Day team was there to explain the plush toys campaign to the young kids.

On April 22nd, 2016, the online auction of plush toys for Earth Day finished. Thanks to all of those who generously saved a little creature:


We would also like to thank all of those who participated, made a bet, or made a donation. The donations collected will allow us to carry out various ecological and educational actions aimed at improving our environment. Because of the generosity of the participants, we will be able to offer our children an even better gift than a plush toy: a healthier planet. 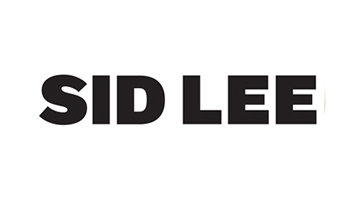