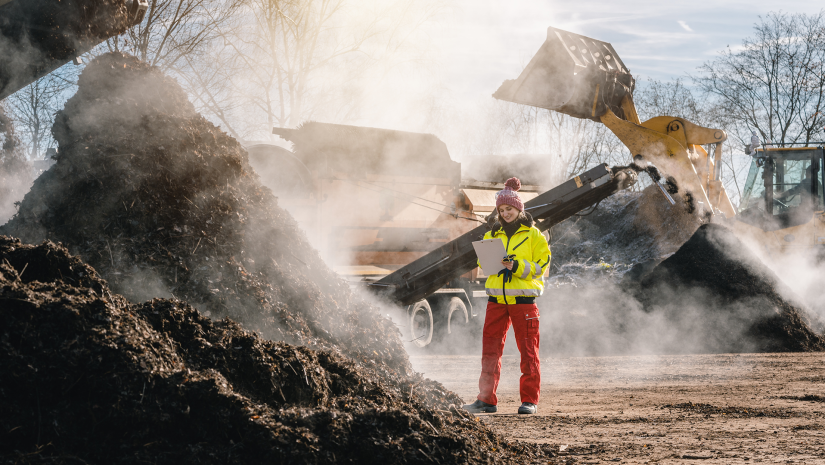 Gold (And Intruders) in Our Brown Bins!

3 May 2022 | By Mélissa Aumont-Rodrigue
Waste management

By itself, landfill waste accounts for 3% of Canadian GHG emissions. A percentage that may seem low but is in fact comparable to the carbon weight of our residential, commercial and institutional buildings. This is largely due to the fact that organic matter accounts for the majority of landfill waste: 57% (as an example for the province of Quebec)

Why? Because without oxygen, the decomposition of organic matter generates large quantities of greenhouse gases, mainly methane (40.8%), a gas that’s 25 times more warming than CO2. It’s called “anaerobic digestion” and as you can imagine, it certainly happens underground, when organic residues are buried.

It’s therefore urgent to put a quick stop to these avoidable sources of emissions by aiming for reduction (think of food waste!), and by developing more specific ways of recovering organic waste, which is a precious resource. You can see where we’re going with this: what we said not long ago about our recyclables is also true here: there’s gold in our brown bins!

Gold in our brown bins

Composting is our organic waste’s first destination. A rather simple technique well known to gardening enthusiasts, which consists in letting microorganisms decompose the material by giving them mainly… oxygen (we mentioned that it was important!).

Dry materials such as wood chips or green waste are usually added to the mix, hence the specific collection in most cities. 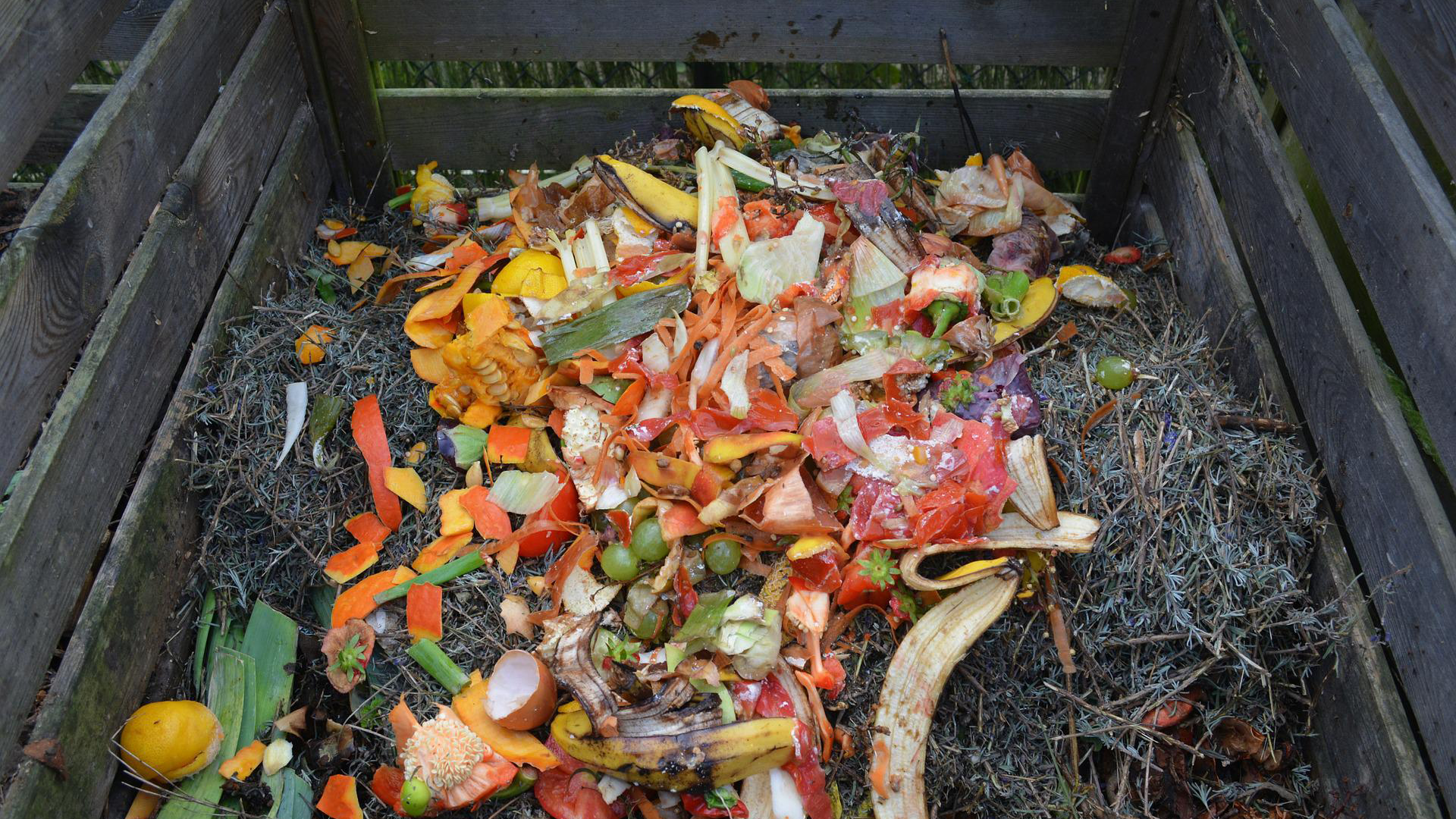 With the proper equipment (tractors, plows, etc.), farmers are the first to make use of the abundance of raw materials at their disposal: cereal or market garden residues, liquid manure and dung. And this is a good thing, since their farms need compost, which is used as potting soil and nutrients and partially replaces expensive chemical fertilizers that are harmful to the environment.

The agricultural sector thus shows an inspiring circular path for cities. Indeed, a large part of the compost returns to urban centres to be used in landscaping, to be sold at retail or distributed by municipalities. A local and circular supply, as is already the case in community gardens or urban farms, could therefore be thought-out. On the condition that the quality of sorting is sufficient to avoid contaminating the compost!

The second method of valorization, more demanding in infrastructure, is biomethanization. By now you’ll have understood that here, we’re seeking to produce the infamous methane and thus deprive our materials of, well—oxygen!

The process requires very high temperatures in large domed towers that you may have seen while travelling about the country. With it, we can recover two resources:

– Methane, known here as renewable natural gas (RNG);
– and digestate, a super fertilizer that is then spread directly on crops.

This recovery method has several advantages and offers a partial alternative to gas from mining. It should represent 5% of the gas distributed in the network by 2025 (10% by 2030), a very modest start to energy independence if we choose to be optimistic.

It can also be used to handle larger quantities of materials, for example for industries, or more complex materials that don’t deteriorate quickly enough to be composted. However, as with composting, it isn’t a magical solution and each person’s role is essential to ensuring that the entire chain runs smoothly. 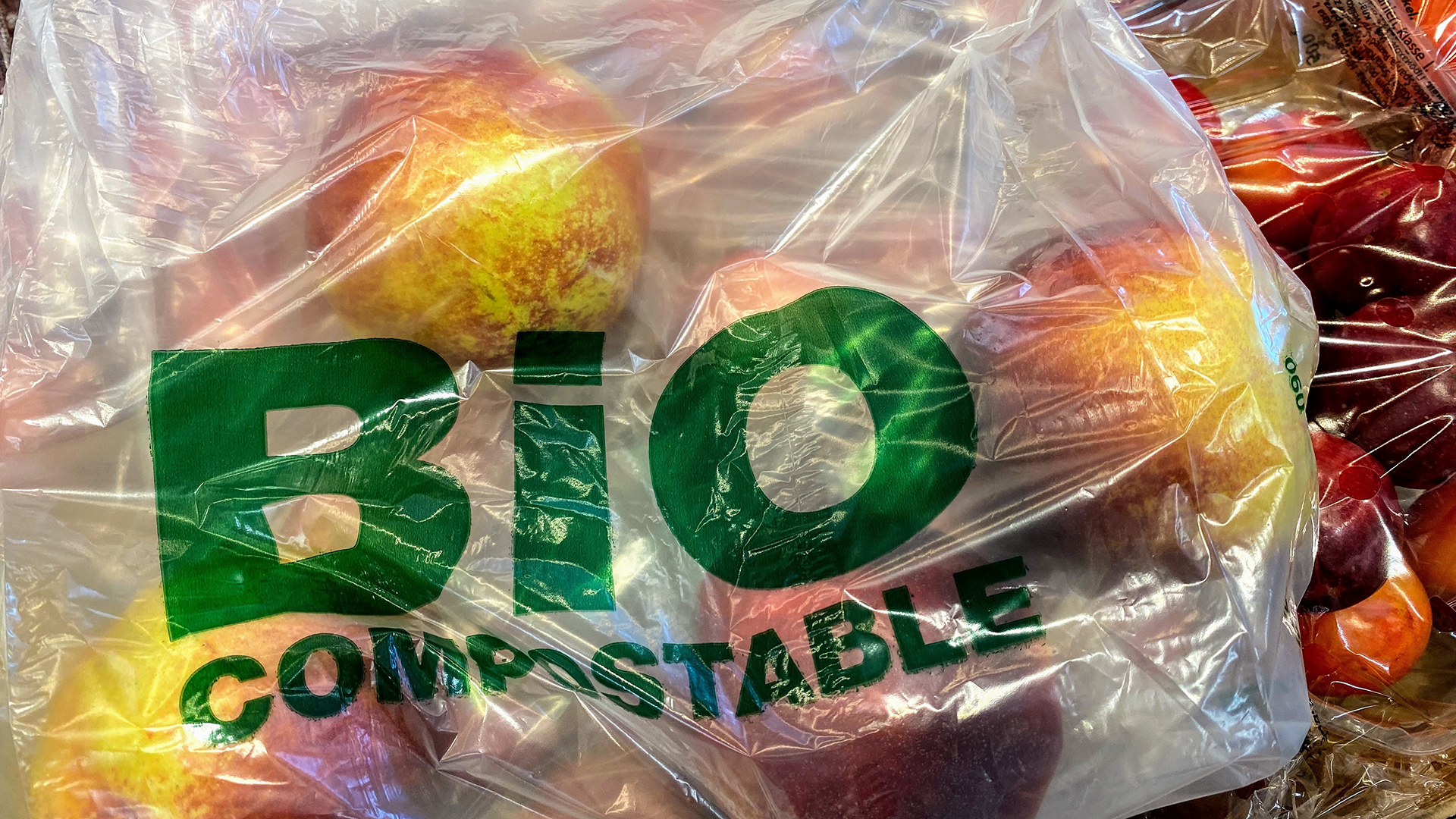 Often these are materials that we’ve created to be compostable but are in fact very difficult to compost! Think about the alleged “compostable plastics” (#7 PLA) that are found in a lot of packaging. They require the mixtures to be heated to a very high temperature, for a longer period of time; a process that is simply impossible in some provinces and less than ideal in the rest of the country.

A change in practices, on the part of consumers and organizations, which generate organic materials in large volumes, is therefore essential by aiming for a reduction in organic waste, methodical sorting, and an abandonment of items that aren’t truly ecological solutions. Positive note: access to the compost collecting is becoming more widespread, both among big players, such as IGA, and locally through municipal initiatives. Do your part by embracing these methods and sorting with care!

All data provided have been extracted from the “Memo on Organic Residues” from Recyc Québec and the ‘Overview and solutions for reducing industrial GHG in Québec ’ by HEC Montréal.

Equipped with her education in biology and environmental management, Mélissa aims to participate in environmental protection through awareness, sensitization and mobilization of the different participating members of society. That’s why she’s diving headfirst into the issue of waste management, since it is a major threat to natural and urban environments, and consequently to the species that live there. Between two TV series, Mélissa likes taking care of her cat and discovering new zero-waste products!